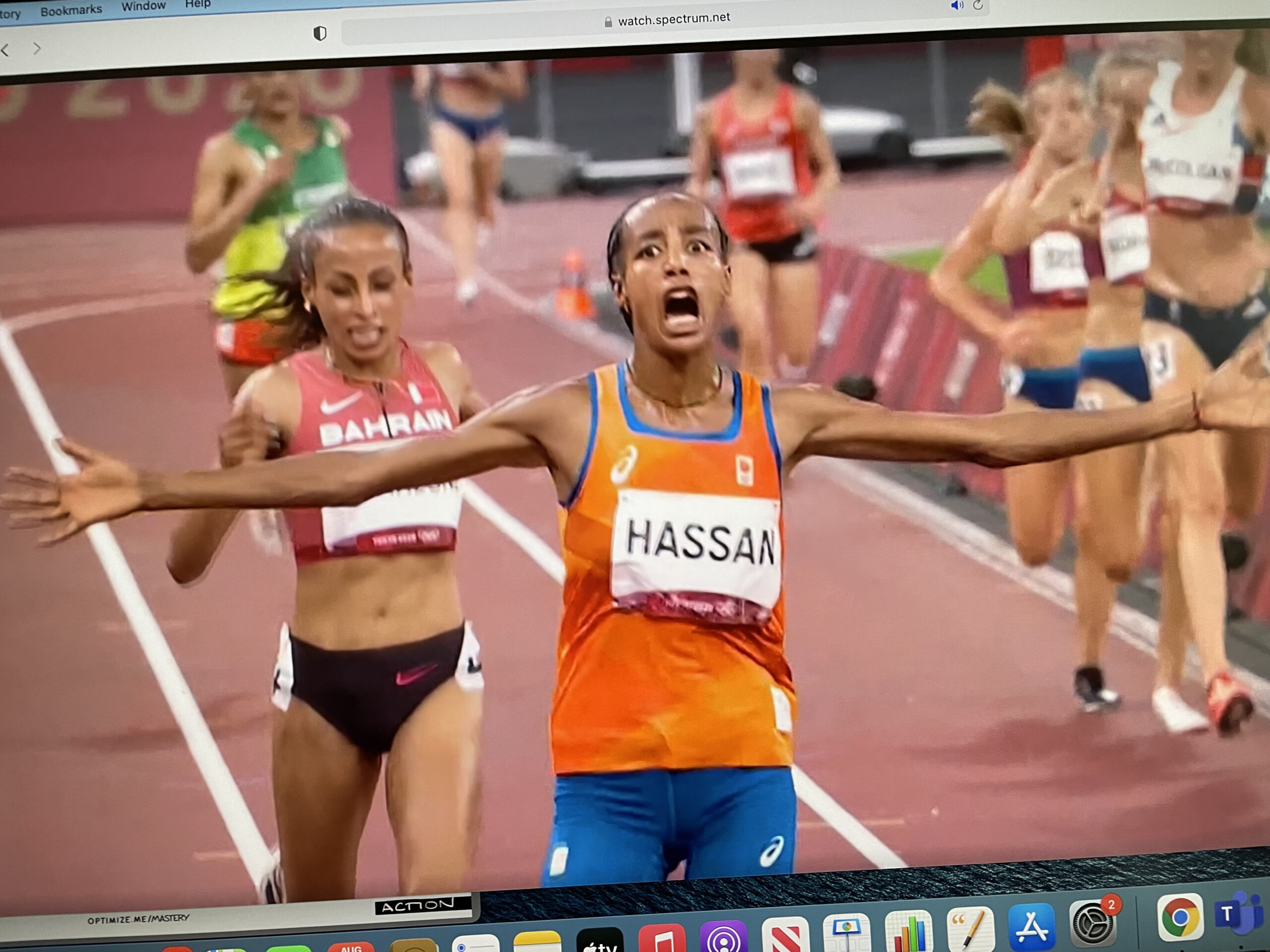 She’s the first person to medal in the 1500m, 5000m, and 10,000m and races. Actually, she’s the first person to run these three races in one Olympic game. She did it in unprecedented heat. It took running more than 61 laps in 6 qualifying rounds and finals. She did it with a powerful, leave no question about how good I am, kick coming out of the final turn. Ethiopian borne of Oromo descent, Stifan Hassan runs for the Netherlands. She ended the Games with a bronze medal in the 1500m and gold medals in the 5000 and 10,000m races.

It’s Not About Being Fearless 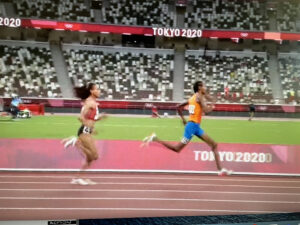 Hassan did all of this while questioning and doubting herself. It was reported that she admitted to having nightmares for two weeks. She asked why she was “stressing herself,” according to one article. During the last lap of the 10,000m finals, she was scared, had doubts, and talked to herself. Not affirming statements like, “You can do this.” No, she was telling herself, “It’s not possible.”

Hassan entered the Netherlands as a refugee in 2008. She ran her first race in 2011 and became a Dutch citizen in 2013. Essentially, she’s been competing as a runner for ten years. Something in her believed long enough to see her enter all three races in this year’s Olympic games. Through the doubts, fear, and negative self-talk, she continued to put one foot in front of the other.

Mom was on to Something

My mother used to tell me that it was ok to be afraid. She would say, “Take the fear with you. Eventually, it will get tired and drop off.” In high school, I remember feeling sick to my stomach before basketball and volleyball games. I’d be nervous and talking to myself before track meets. It even happened before significant speaking engagements and live theatre performances. Most of us can think of a time or two in our lives, past or present, where we got the jitters; we questioned our thinking and abilities. What were you thinking in those moments? How are you at getting yourself through the times when you doubt your ability to do something challenging?

Winning is not guaranteed. There are no magic potions or fail-proof affirmations. And believe it or not, failure is always an option. Feeling like a failure is optional. However Hassan may have felt, she didn’t give her negative self-talk so much power that it impacted her performance. She stayed focused on her goal to do the best she could in each race. And then, she went out and did that. She did it through a fall, through the heat and discomfort, and through the negative thoughts running through her own mind. She did it one step at a time.

Are You Living Into Your Olympic Spirit?

We can take nervousness or fear and repurpose it into the energy we need to get over life’s hurdles. That is when we can realize what we’re capable of accomplishing. Hassan ran 61 laps by taking one step at a time and ignoring the negative self-talk. What’s your big dream? Are you willing to take the next step in the direction of the short-term goal that will get you there? 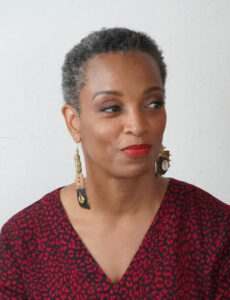 Chief Engagement & Empowerment Officer, Dr. Lisa Summerour, is a speaker, coach consultant, author, and founder of the Live Empowered Institute. Her desire is to create a space where, through different experiences, people can find paths to self-empowerment. Dr. Lisa earned a doctorate in education with a focus on ethical leadership from Olivet Nazarene University. She has a master’s degree in Management from Indiana Wesleyan University, and a master’s in Christian studies from Grand Canyon University. Her bachelor’s degree in sociology is from Trenton State University. She recently authored the “Get Ready to Work Workbook” designed to help individuals with limited resources, on their own or through job readiness programs, prepare for the interview process. She loves to sew, cook, and she’s an avid DIY’er. Her clients love her sense of humor, and the creative ways she helps them discover solutions.